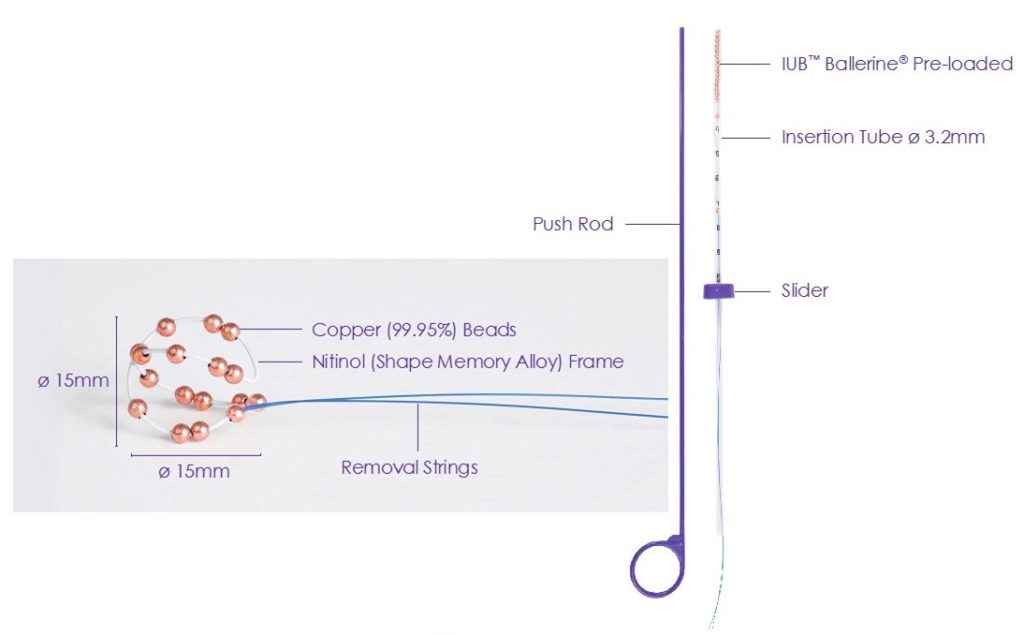 What is the Hormone-free IUB Ballerine

The IUB™ Ballerine® is a trusted birth control method that requires no hormones and is effective for up to 5 years.

It works locally in line with the same principle as other intrauterine devices and prevents pregnancy.

The IUB™ is intended for use by women at least 15 years of age. Contraception begins immediately after insertion.

What is the IUB Ballerine made out of?

The IUB™ is a copper-releasing device that is placed in your uterus to prevent pregnancy for up to 5 years.

It is made of a shape memory alloy (nickel and titanium) frame shaped as a 15 mm in diameter sphere. The frame is coated with polyethylene terephthalate (PET shrink tubing). Copper is placed on the frame.

Two threads made of Polypropylene are attached to the end of the frame. The threads are the only part of the IUB™ that you may feel when the IUB™ is in your uterus.

Side note: The IUB™ and its components do not contain latex.

How does the IUB Ballerine work?

As soon as the IUB™ Ballerine® is inserted into your uterus, it starts releasing small amounts of copper to provide continuous birth control for up to 5 years. The method of action is similar to standard copper intrauterine devices.

It is believed that copper IUDs achieve their primary contraceptive effect by interference with sperm motility and fertilization of an egg, and possibly prevention of implantation.

The IUB™ Ballerine® does not stop your ovaries from making an egg(ovulation) each month.

How reliable is the IUB Ballerine?

The efficacy of the IUB™ Ballerine® is over 99% in pregnancy prevention. 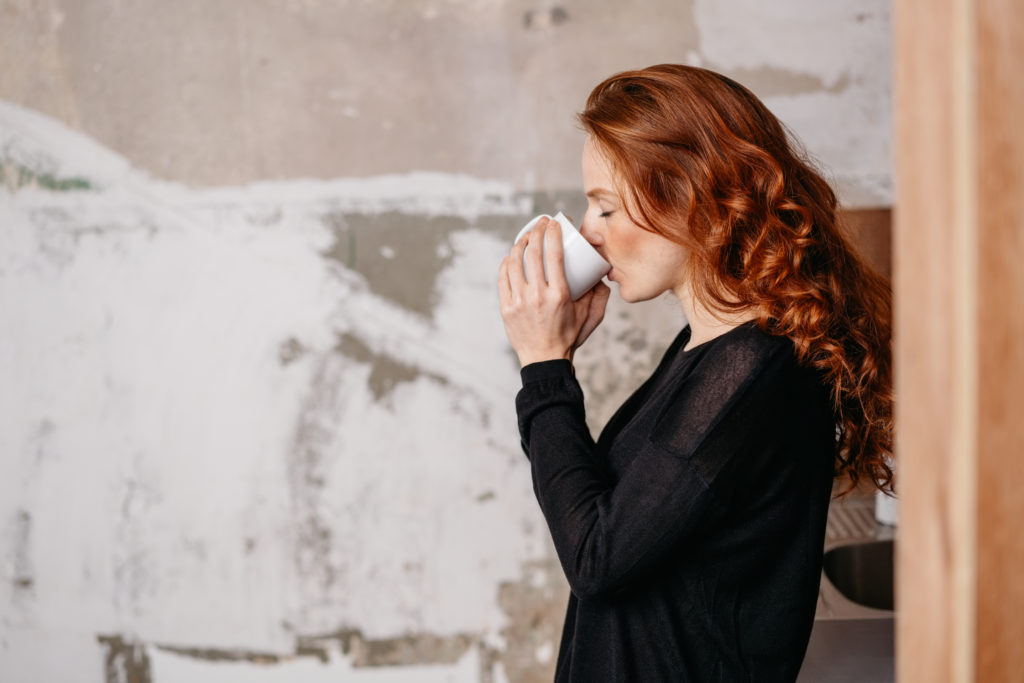 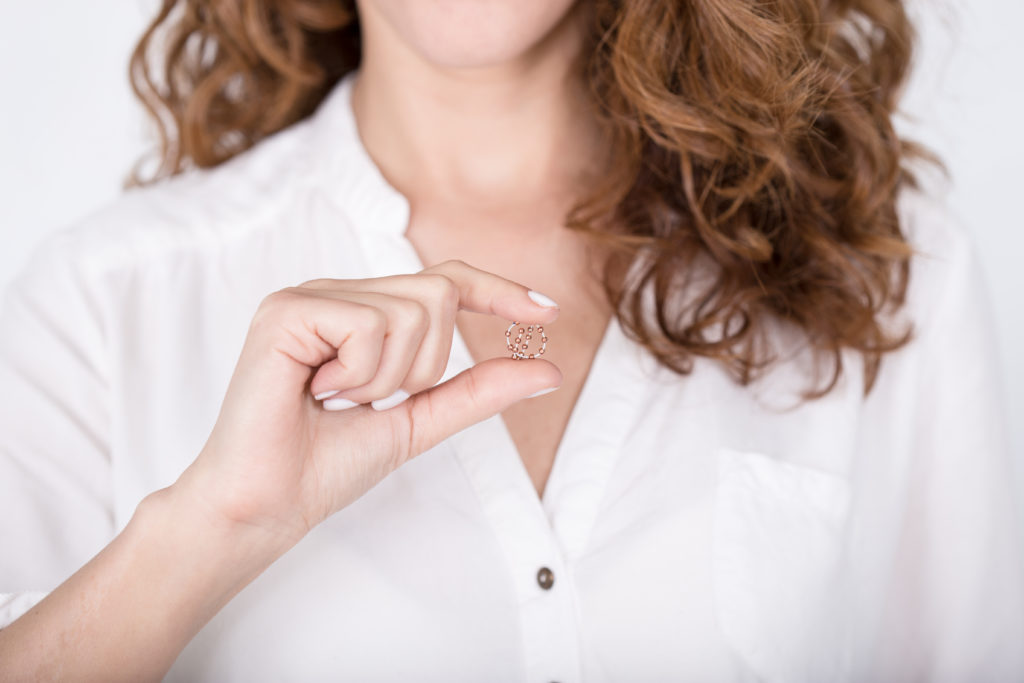 The best time for the placement is during the last days of your menstruation when the cervix is more open and the possibility of being pregnant is low. Two months after the placement, a check up examination should be done. After that, a yearly check-up with your health care provider is recommended.

Does the insertion hurt?

The placement of the IUB™ Ballerine® can be painful, especially if the cervix is very tight. You can ask your healthcare provider to use a local anaesthetic or a preventive pain-reducing treatment.

Immediately after insertion, cramping or menstrual type bleeding can occur. Some women feel faint, nauseated, or dizzy for a few minutes afterwards. No cause for concern – the uterus needs time to adapt to the new situation. Any pain usually subsides quickly. Should the pain continue, please consult your healthcare provider,

What does the IUB Ballerine look like once inserted? 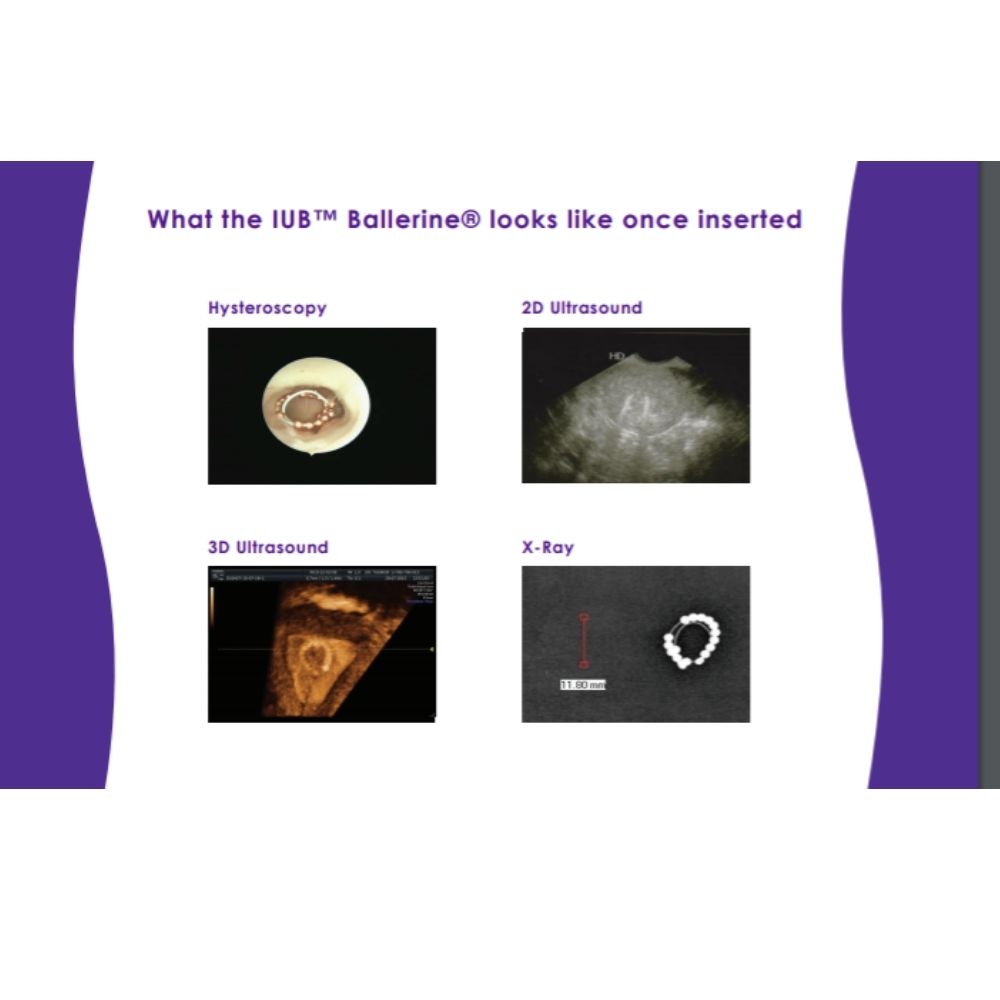 Can you feel the IUB Ballerine during intercourse?

During sexual intercourse, you and your partner should not feel the IUB™ Ballerine® when inserted correctly. If you or your partner can feel the strings, your healthcare provider can shorten them.

What side -effects can occur?

Please refer to the patient information leaflet for the full list of possible side effects that can occur.

What is the current expulsion rate?

Some web-based sources indicate expulsion rates from studies carried out with a product, the SCu380A, which has never been introduced to the market. The single study conducted using this model would not be a performance indicator of the currently marketed IUB™ as it differs in design and was subjected to lacking or substandard patient selection and insertion practices: 60% of participants had baseline heavy dysmenorrhea, menorrhagia or were post-abortion.

The IUB™ MINI (12mm IUB™ – not available in S.A) was first introduced in Austria in 2014. The MINI has a 20% smaller frame diameter at 12mm with a softer nitinol frame. Experience has demonstrated that expulsion occurred in approximately 9% of users. This figure is estimated to be the result of the smaller framed variant to be less appropriate for those with higher risk of expulsion such as those under 20y/o, prior expulsions, women with heavier menses et cetera, as well as teething effects related to insertion training. In the measured period of 1 year, the 9% expulsion rate (internal survey, including dislocated IUBs) corresponds to a rate comparable to that of other IUDs as shown in published studies, e.g. Rowe 2016, Sivin 1990 and Madden 2014, the latter found a strong relationship between higher IUD expulsion rates in users under 20y/o, at a rate of 10.5% after 12 months and 16.4% after 24 months.

The IUB™ MIDI (15mm IUB™ – available in S.A) through its larger and stiffer frame coupled with proper training specifying the importance of near-fundal deployment resulted in reduced expulsion rates, comparable or under those of current T-IUDs; the expulsion rate after 12 months is 3.7% according to real-world data. Both the MINI and MIDI are approved and available, however, OCON recommends gaining experience with the MIDI variant before using the MINI in women who could benefit from a smaller frame, primarily those with a lower expulsion risk who have experienced heavier pain and bleeding with prior IUDs.

What is the risk of infection with the IUB Ballerine?

Significant research suggests that the relative risk of pelvic inflammatory disease (PID) increases only during the first 20 days after IUD insertion and then returns to its baseline, while the absolute risk remains low. The probable cause of infections is a bacterial contamination associated with the insertion and not the IUD itself. The risk of PID in the IUD insertion is 0-2% when there is no cervical infection, and 0-5% when the infection is performed with an unrecognized infection.

For this reason, we recommend that you do not use tampons, menstrual cups and sexual intercourse in the first week after the insertion, in order to keep the risk of infection as low as possible.

The germicidal effect of copper is known since ancient times. Therefore copper is also used in door knobs for example. Also drinking water pipes are made out of copper due to its antibacterial effect.

What is the risk of Copper Allergy?

Copper has in its pure form – and in the IUB™ only 99.99% medical copper is used – an extremely low allergy potential, very few cases of copper allergy have been reported. The presence of true copper allergies should be within a range of 1 to several hundred thousand. Another reason to not use copper IUDs is a copper storage disease, the so-called Wilson’s disease, which occurs in a frequency of 1: 200,000.

The daily intake of copper, which is an important nutrient, is far higher than that absorbed by the IUB™. 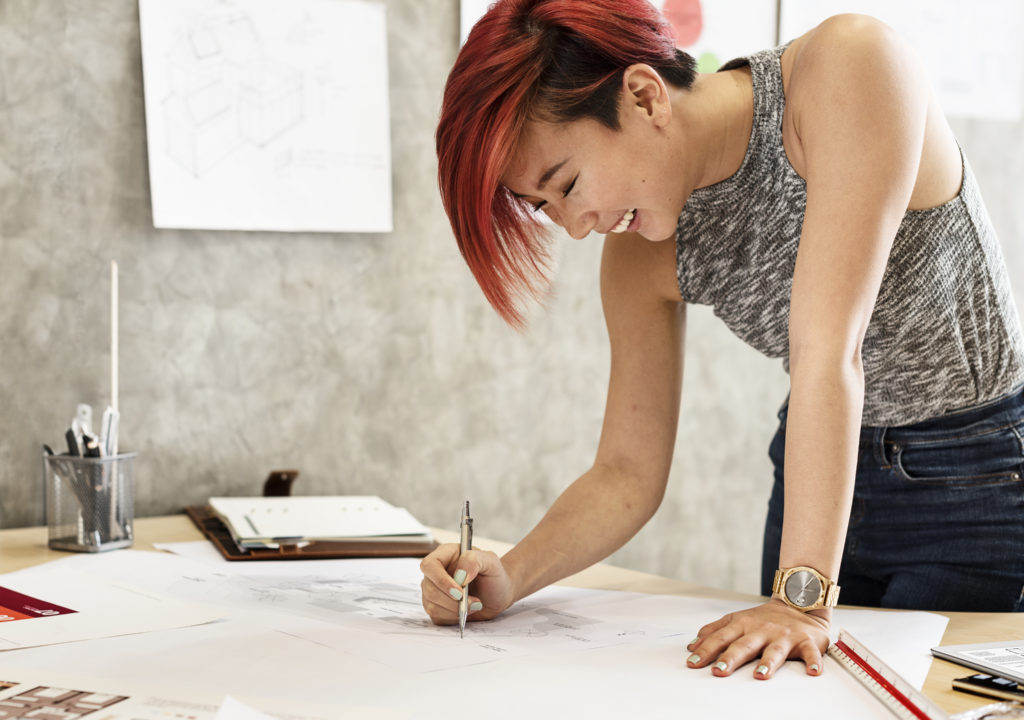 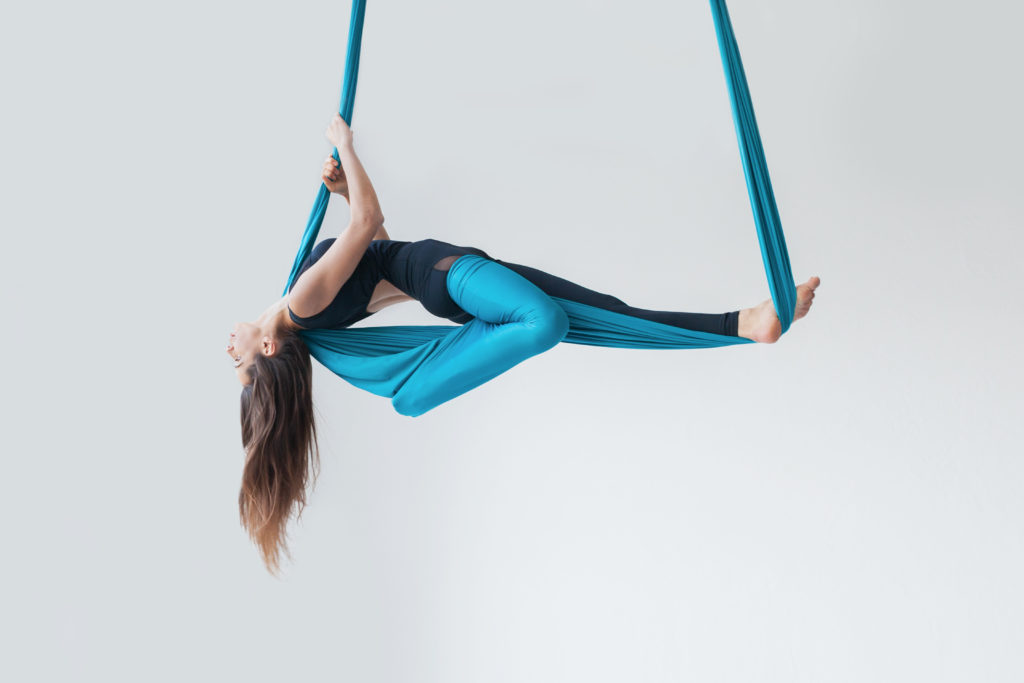 Who should not use the IUB Ballerine?

You should not use the IUB™ Ballerine® if you:

When should I be concerned?

The following list of medical aids are one’s that can cover the IUB™ Ballerine®: